Can The Price of Silver Fall Completely? 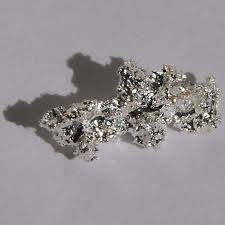 In the world of precious metal and currency trading, everything is constantly changing, and that rule rings truer for silver and gold. We’ve seen steady inclines of gold over the years, and it’s not going to change anytime soon. But silver is a different story. In 2017 thus far, we’ve had prices fluctuate from a high of $18.875, to the low of $15.245. With such volatility in the market, can we actually see silver fall out of sorts entirely? Silver has been one of the few global currency types and has had quite a ride as of late.

Silver is the choice of investors who wish to throw in for short-term investments, like day traders on the New York Stock Exchange. It possesses enough volatility that it becomes a melting point for many funds, and is subject to more scrutiny. Unlike gold, silver as a currency is at the mercy of global trading conditions. Gold is a rarer find, and accepted just about anywhere, while some refuse silver, instantly depreciating its value.

On the volatility of silver as a whole, we can compare it to gold in a number of ways. All throughout history, back to 3000 B.C. and beyond, you can find scriptures and bits of history, showcasing gold and silver (and, of course, various gems along the way). Silver has always played second fiddle to gold, keeping it in the limelight just enough to give it tremendous security and value, and yet now we face uncertain times.

While there aren’t a lot of strong records from the past to confirm price inclines and declines, we can know one fact: silver has never fallen out of the picture. Even in the age of Bitcoin, Ethereum, and other digital currencies attempting to rise, silver remains a constant global currency. There’s a fear that recent spikes (in the last thirty-seven years) are the prelude to a catastrophic fall from grace for silver. Even if it were to hit the lows of the 1990s, it’s still safe to say, without the shadow of a doubt, that silver will not fall, and will remain a major player in the global currency marketplace.