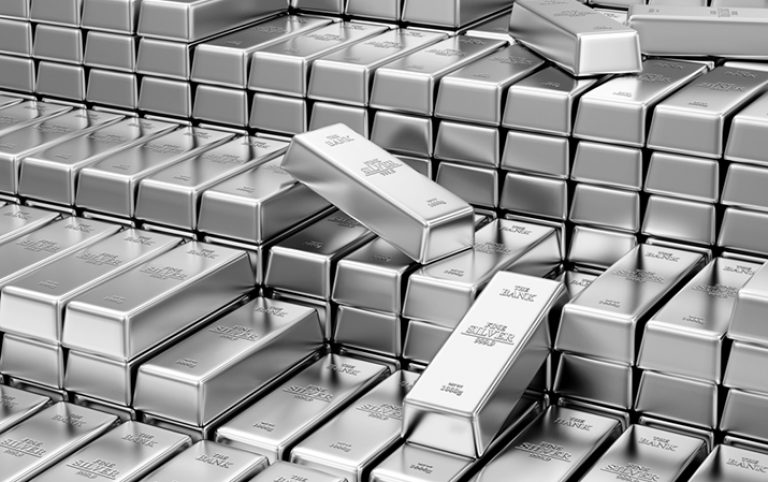 The London Bullion Market Association (LBMA) is the world’s largest silver exchange. For the last nine consecutive months, the quantity of silver held in LBMA vaults have declined. The August 2022 report states that the vaults now hold only 916.5 million ounces of silver, the lowest total since July 2016.

In November 2021, the LBMA vaults held 1.170.6 billion ounces of silver. Since then, inventories have fallen 21.7 percent. As dramatic a drop as that is, it becomes even more extreme when you consider only the LBMA inventories not owned by 13 silver exchange traded funds (ETFs) and the private client investors who are customers of Bullion Vault and GoldMoney.

This silver is not showing up in the vaults of the New York COMEX. Silver in COMEX vaults is held in two different categories. Registered inventories are available to deliver in fulfillment of maturing commodity and options contracts called for delivery of the physical metal. Eligible inventories are NOT available to deliver against maturing COMEX contracts unless the owners specifically elect to reclassify such holdings to registered status.

Where is the physical silver going that is leaving the LBMA and COMEX? Metals Focus India reports that silver demand in that country, perhaps the world’s top silver consuming nation, is now so strong that the silver price in India is trading at a premium to the world silver spot price. In July 2022, almost 58 million ounces of physical silver was imported into India. This was at least 50 percent higher than in any month in the previous four years and may be an all-time high record amount of imports into India in any month.

Over the past year, the bullion banks that facilitate trades in the silver market have reversed their previous net short positions to now be in a net long position. Obviously, their shift from an overall short position to long position has also absorbed tens of millions of ounces of silver.

Worldwide silver mining output now averages about 70 million ounces a month. Silver recycling operations produce about 15 million ounces monthly. With industrial and investment monthly demand for physical silver now about 95 million ounces, demand is again outstripping supply. Now that information on how much the silver inventories at the LBMA and COMEX are declining is becoming more widespread, the prospects for higher prices over the next year are looking more attractive.