First US gold coin might fetch $15 million in private sale 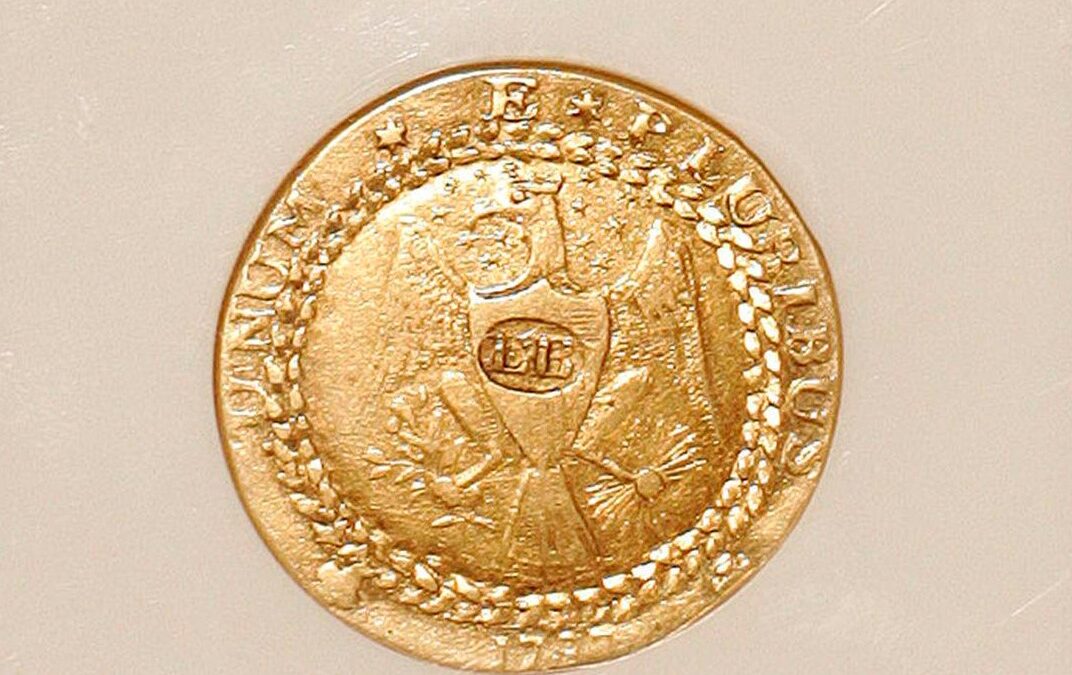 The Brasher Doubloon, the first gold coin struck in the U.S., is being offered privately at a $15 million asking price, according to numismatic adviser Jeff Sherid. His firm, Los Angeles-based PCAG Inc., is marketing the coin on behalf of a collector he would only identify as a former Wall Street executive.

The doubloon is dated 1787 —11 years after the Declaration of Independence was signed, the same year the Constitution was written and five years before the federal mint opened in Philadelphia. Metalsmith Ephraim Brasher, George Washington’s next-door neighbor on New York’s Cherry Street, privately minted a small batch of the coins and punched this unique version with his hallmark “EB” on the eagle’s breast. The soon-to-be president almost certainly handled it, according to longtime numismatist John Albanese, founder of Certified Acceptance Corp., a coin-grade verification service.

Uncertainty surrounding the coin’s original purpose adds to its mystique. Historians believe it may have been intended for circulation, though some theorize it could have been a prototype or souvenir. Seven examples survive but the others, including one in the Smithsonian, are stamped on the eagle’s wing rather than in the middle.

The coin also has a place in pop culture. Private eye Philip Marlowe hunted it in Raymond Chandler’s 1942 novel “The High Window” and a subsequent movie version.

Deals in the $4 billion U.S. rare-coin market are often done privately with prices kept mum. The auction record for a single coin was set in 2013, when a 1794 Flowing Hair silver dollar sold for $10 million.