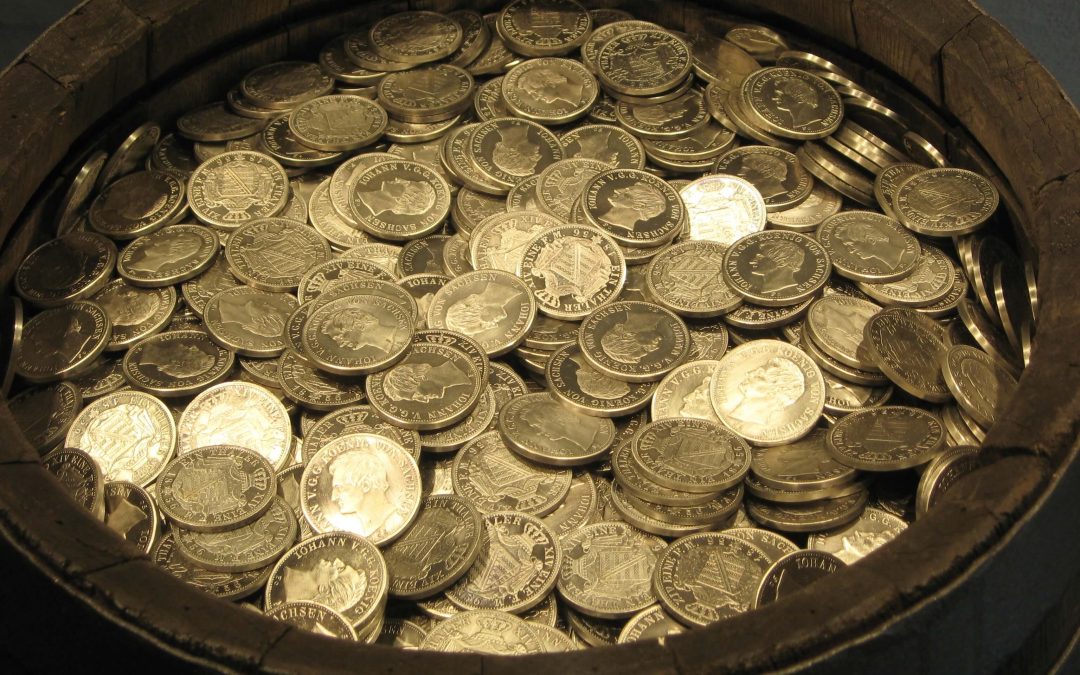 One lucky duo struck gold in February of 2013, quite literally, when they unearthed eight cans of 19th century gold coins buried on their property in Northern California. They found this buried gold in a hill they nicknamed “Saddle Ridge,” dubbing the magnificent find as the “Saddle Ridge Hoard,” containing 1,411 authentic gold coins estimated to be worth around $27,000 at face value, but over $10 million market value, according to The Professional Coin Grading Service (PCGS).

The PCGS was founded in 1986 and is responsible for the authentication of over $27 million coins, estimated to be valued around 27 billion dollars in today’s market. They stated that the Saddle Ridge Haul coins were “super high quality” and that this “time capsule” of sorts is regarded as one of the greatest accidental discoveries of buried archaic currency that the U.S. has ever seen, beating out the 1985 jackpot dug up by constructions workers in Tennessee (valued at about $1 million) and the haul of silver dollars found stashed in a Nevada home in 1974 (sold for $7.3 million). What a find!

The Cali couple (who wished to remain anonymous, perhaps for fear of being invaded and robbed of more precious pirates’ booty by modern day buccaneers, Gold Rush bums, Civil War reenactors, or maniacal coin collectors) contacted the PCGS after uncovering the treasure, who identified the coins as $20 “Liberty Double Eagles,” dating somewhere between 1847 and 1894. The collection was set to be displayed to the public in the American Numismatic Association (ANA) National Money Show in Atlanta, GA in February and March of 2014.

“This group of coins will definitely change the PCGS Population numbers for many issues. It’s a remarkable feeling to hold these coins in your hands. I’ve always called rare coins ‘history in your hands’ and the Saddle Ridge Hoard is a historical time capsule of immense numismatic importance,” said PCGS Co-Founder David Hall.

Not only did the Saddle Ridge couple want to keep their identities and exact location secret, but they also did not reveal how they found their buried treasure. Did they honestly just stumble upon it, or were they looking for it? Were they innocently digging around in the dirt, or were they following a secret treasure map they found in the attic? It’s hard to say how people are blessed with such good fortune, including the lucky folks in Tennessee and Nevada with their treasure troves. How likely is it to just stumble upon a buried nest egg of gold coins anyway? It’s surely got to be easier to win the lottery, statistically.

Unless they were tipped off and were looking for it, in a rag-tag Goonies-esque fashion! Or perhaps they were chasing down leprechauns and mugging them at the end of their rainbows. Who knows! You’re best bet is probably to stick to beach-combing and crossing fingers for that long lost relative to leave you a fortune if you’re banking on the get-rich-by-sheer-luck schemes. Because unless you’re Indiana Jones, you’re going to have to work like that rest of us. Talk about tough luck!