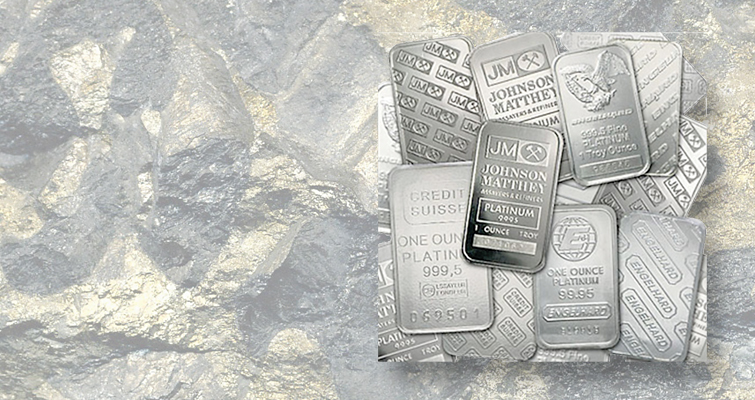 Johnson Matthey forecasts in its latest metals report that the platinum market will experience shortages in 2019, joining palladium.

According to the firm, “During the first quarter of 2019, investors took advantage of low platinum prices to purchase nearly 700,000 oz of platinum ETFs [exchange-traded-funds]. The steep climb in the palladium price since August 2018 has led some investors to conclude that platinum appears under-priced, in view of its potential to substitute for palladium in automotive applications.”

Additionally, “In Japan, investors have historically taken advantage of periods of negative market sentiment to buy into falling platinum prices; this means that Japanese investment demand often runs counter to trends elsewhere in the world,” according to the Johnson Matthey report. “Between 2015 and 2018, as the retail platinum price moved down through ¥4,000 [equivalent to $36.58 in U.S. dollars] and then ¥3,500 per gram, and to a historically wide discount to gold, Japanese investors acquired over 1.5 million ounces of platinum in the form of bars purchased over the counter from bullion houses.”

Concerning investment in palladium exchange-traded funds, “At their height in 2014, ETFs held nearly 3 million ounces of palladium. In the four years since then, the redemption of these holdings has added more than 2.2 million ounces of liquidity to the market; by the end of last year, just 710,000 oz remained. However, in early 2019 — as the palladium price set a series of new records on its way to a peak of over $1,600 in March — ETF selling all but dried up. Net ETF investment in the first quarter was close to zero.”