Gold, Silver May Separate At These Levels 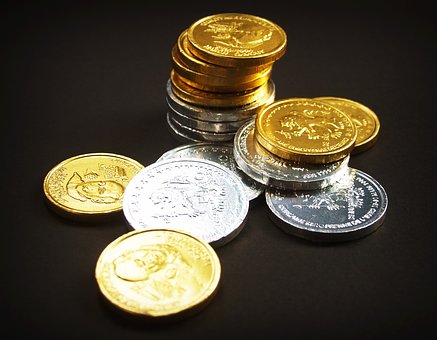 Silver and gold are both safe haven assets, as well as industrial metals. When times get uncertain, investors look to these assets as a way to protect their wealth. With tensions high between North Korea and the United States, and the Syrian conflict still in the news, these current events haven’t done any good in keeping up silver’s value. Gold’s price, on the other hand, with the anticipation of the French Presidential Elections as well as being much more of a safe asset than silver, was able to stay above its support level of $1270.

The Mystery and Wonder of Gold Prices

As an alloy, gold content is measured in carats. Pure gold is 24k. Gold is always considered the most desirable precious metal, even as the prices of certain platinum group metals have been higher. Gold prices are constantly changing, which keeps investors checking the price every morning. Despite this level of speculation, gold continues to be the most popular investment among precious metals. Over the short to medium-term, gold is likely to be buffeted by conflicting cross-currents as we will see in time, so it is important to keep a handle on the big picture. For this reason we should remind ourselves how bullish the big picture is for gold. We see that gold is in the late stages of a large Head-and-Shoulders bottom, which it is expected to break out of not far into 2018. This is a huge base pattern that can support a major bull market.

For centuries, gold has been a mysterious symbol of value and wealth. These intricacies about gold prices and what makes this precious metal sought after by so many people around the world today can be discovered with a few simple online searches.

It is easy to understand the universal appeal of silver. Beginner and expert investors around the world choose silver more than any other precious metal. Experienced investors recognize silver has value as both an investment and monetary metal. The price of silver per ounce is lower than gold, making it accessible for beginners with a limited budget.

It is estimated silver coins could be the oldest mass-produced form of coinage. Collectible coins range in value based on the demand, condition, and rarity. Silver coins have been used as currency around the world. Silver bullion coins and bars, as well as silver paper, are a solid investment, regardless of inflation.

Currently, silver is significantly undervalued versus gold on a historical basis. Throughout most of time, it took 15 to 30 ounce of silver to purchase one ounce of gold. In recent years, that ratio has ranged between 40:1 and 70:1. So as the bull market in silver resumes, we expect this white metal to vastly outperform gold and return possibly by four-fold or more.

The value of currency fluctuates based on each government market. Silver is an international way to store value. Any investment conversation will usually focus on the unpredictability of currency and stocks. For this reason, people continue to invest in precious metals such as silver, gold, platinum, and palladium.

Gold and Silver At Its Best

When people invest in gold or in silver,they are thinking firmly about their future and are setting long-term financial goals. According to Forbes, “buying metals represents a safe haven-approach to diversification,” and they can act as hedge against future uncertainties.

For the same reason people buy any asset they don’t plan on using: They hope the price will go up and that they can sell it. People buy precious materials when they believe most other assets are going to fluctuate.

The conclusion is that gold is building up to break out of its giant Head-and-Shoulders bottom to enter a major bull market phase. People have their own perception when it comes to investments-which is more efficient, which is more affordable, and which performs better. With this, speculation of the rising and fluctuating factors of gold and silver is the mentality purchasers have.