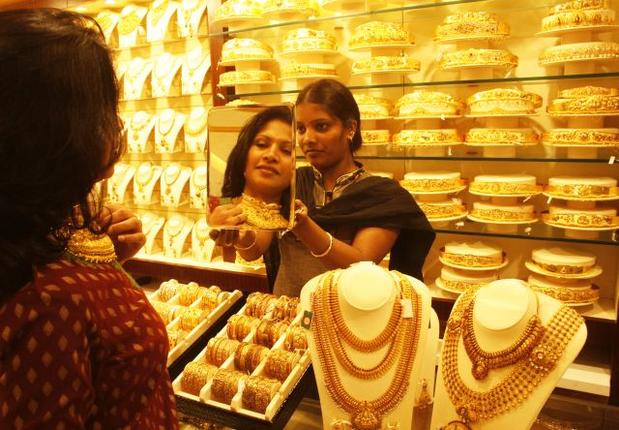 Analysts at the World Gold Council say they believe a new tax plan set to go into effect in India will ultimately boost demand for gold in the world’s second-largest market for the yellow metal.
On July 1, India’s current labyrinth of taxes will be replaced by a nationwide Goods & Services Tax (GST). The World Gold Council called it the “biggest fiscal reform since India’s liberalization in the early 1990s.”
While gold consumers will face a slightly higher tax rate, and the industry will go through a period of adjustment, we see the net impact on the gold industry as being positive. The gold supply chain should become more transparent and efficient, and the tax reform can boost economic growth, which we see as supporting gold demand.”
The government set the tax rate for gold under the GST at 3%, lower than the 5% expected. This has already sent a wave of optimism through the country’s gold and jewelry dealers.
This would have had a damaging effect on consumer demand and, more importantly, would have meant many small, independent retailers would have done their best to avoid it. The 3% is reviewed as being more manageable and will ensure greater compliance by small and independent retailers.”
On a more negative note, the new tax scheme will likely hurt smaller mom an pop businesses, and give an advantage to the large retailers. The big-boys tend to favor regulations that hinder smaller competitors. World Gold Council analysts say the tax will likely lead to more consolidation in the Indian gold market.
It is likely that GST will accelerate the pace of consolidation. Firms that currently outsource manufacturing services from artisans and incur the 18% GST rate may look to develop in-house capabilities. Small jewellery shops, which may have illegally benefited by not paying tax will lose that advantage, and large retailers can compete on a level playing field.”
Nevertheless, the WGC believes overall, the new scheme will be good for gold in the long-term, ultimately pushing up demand. In fact, it called the new tax system “a radical step forward for India’s economy.”
But the positives are significant. GST should eliminate double taxation and improve supply chains efficiency. GST can make the gold industry more transparent which, coupled with recent hallmarking legislation, should ensure gold buyers have confidence in the gold products they buy, rather than continuing to suffer from the gross level of under-carating they have previously endured. And India’s entire economy is on a rapid journey to becoming more organised and more transparent, boosting economic growth. This is vitally important for India’s gold market: our econometric analysis reveals that income growth is the single biggest driver of gold demand in India.”
The WGC estimates gold demand in India will reach between 650 tons to 750 tons in 2017, increasing to 850 tons to 950 tons by 2020.
Nobody wants to pay taxes. And tax schemes are never ultimately good for any market. But it appears the system set to go into effect will at least have some positive impacts on the global gold market.
Speaking of taxes, Several states in the US have moved to lower the tax burden on investors who buy gold and silver. You can also avoid IRS reporting requirements, even on large-scale purchases. You just have to know the rules. It’s impossible to avoid the tax-man, but it is possible to minimize his impact.