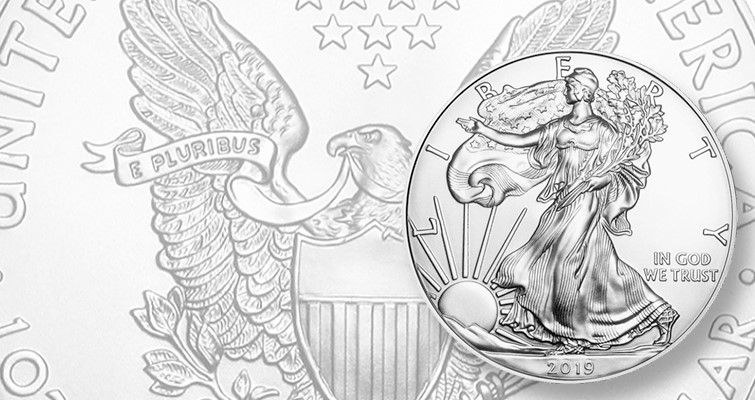 The U.S. Mint suspended sales Feb. 21 of American Eagle 1-ounce silver bullion coins because it had no coins left in inventory to sell to its authorized purchasers.

Because of increased investment demand, the Mint is experiencing a resurgence in sustained purchases of the coins after periods of up and down interest.

U.S. Mint spokesman Michael White released the following statement Feb. 21: “Market fluctuations have resulted in a temporary sellout of 2018 and 2019 silver bullion. Production at the Mint’s West Point facility continues, and when sales resume, silver bullion will be offered under allocation. The Mint is working closely with its suppliers in order to meet the demand of its authorized purchasers.”

The U.S. Mint has not disclosed whether additional production will also be executed at the Philadelphia and San Francisco Mints, where some past production has occurred

Secondary market premiums began to climb soon after the Mint announced its inventory of silver American Eagles was depleted.

With the spot price of silver closing Feb. 21 at $15.91, single silver bullion coins were retailing at close to $19 per coin.

Not the first time

The Feb. 21 sales suspension is not the first time the U.S. Mint has had to interrupt bullion coin distribution because of lack of inventory. The last time the Mint formally suspended sales was July 7, 2015, when the Mint was averaging monthly sales of more than 3.6 million American Eagle bullion silver dollars.

The Mint has also suspended sales of the Proof and Uncirculated versions of the coin on several occasions, including in 2009 when none were struck because of a need to meet bullion coin demand.

U.S. Mint sales of 2019 Proof American Eagle silver dollars are not suspended, and the 2019 Uncirculated version is not yet offered.